Do your kids fight with each other in the car? Does it drive you crazy or make you angry? Learn how to put a stop to backseat bickering once and for all, so you can drive in peace and not dangerously distracted by your kids fighting in the car. 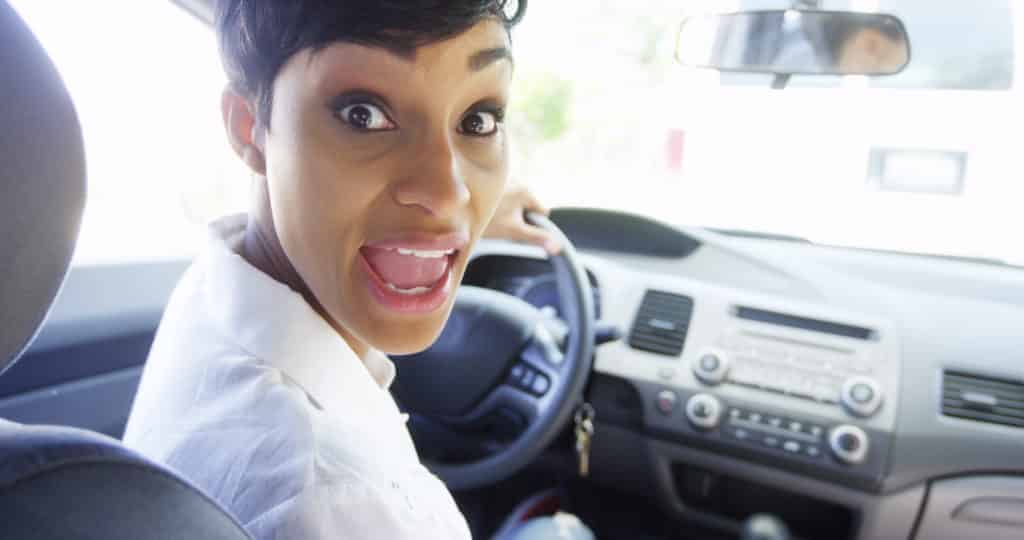 My kids were fighting in the car once again. It happened in our last car with bucket seats even as the kids didn’t sit next to each other, but it felt like in the new car with a bench seat, someway, somehow, they found a way to argue with one another even more.

“No, you got in first which means you need to slide all the way over.” Yes, this was true.

“I had my stuff there first so it’s my seat.” Nope, this isn’t the way it works. First one in, all the way over are our seating rules.

“Do so!” And then the yelling started and it just got louder, and louder until I couldn’t take it anymore.

My old angry Momma self would have lost it right then, but instead I did something else.

I turned the steering wheel hard to the right, slid to the side of the road, threw the car in park and turned off the music. The car rocked a little from the force but when my eyes flicked to the rearview mirror and I saw all three kids mouths wide open, I knew they were measuring the amount of trouble they were in.

I put both hands on the steering wheel and said, “I cannot drive safely with the fighting going on in this car. It’s a distraction and it’s dangerous. I’ll wait here and will continue to wait here until you stop fighting.”

“But Mom, we’re going to be late to hockey practice!” Always the kid to get the last word in, Trenton bravely chimed in from behind me.

“I don’t care. It’s not safe. We will sit here all of practice if that’s how long it takes to stop fighting.”

And I was dead serious.

TIME OUT ON THE SIDE OF THE ROAD

When I pulled to the side of the road, I was fully prepared to eat the $15 it would cost me to miss hockey practice and sit in the car however long it took to teach the kids this lesson.

Fighting in the car is as big a distraction as texting, talking on the phone or trying to open a granola bar and hand it to your hungry kid in the back. Everything that’s a distraction is dangerous and takes your attention away from driving safely.

The fighting this Summer feels like it’s escalated and too many times than I care to admit, I was drivel distractedly trying to mediate arguments and begging the kids to at least pretend to like one another for my sake.

I’ve seen this picture of a Dad who was genius enough to rig his car, effectively making mini cubicles in the backseat to keep his kids from pummeling each other. 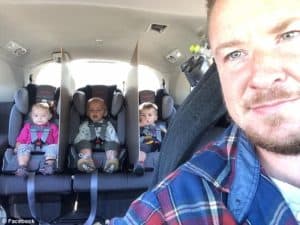 I had considered this solution but my kids would find a way to turn these foam core pieces into weapons or pull them apart into four thousand little pieces, not to mention possibly harmful if we get into an accident, and so I chose the alternative.

PULL OVER UNTIL THE BACKSEAT BICKERING STOPS

Pull to the side of the road – wherever it is safe and reasonable to do so – and let your children know they won’t budge until it’s quit and the fighting has stopped. If this means you’ll be late or they miss doing something, they’ll quickly learn what is acceptable behavior in the car and what isn’t.

Being respectful and quiet in the car is acceptable and what is safest for everyone. It might mean this lesson is learnt the hard way so be prepared to follow through, but remember, the alternative is driving dangerously and risking an accident.

If the noise and fighting has stoked a fire inside of you, and you’re feeling like yelling and an angry Momma, it’s ok to turn off the car and step outside for a moment to compose yourself.

Take a deep breath, scream if you feel like it’ll help relieve some of the pressure, and then get back in the car and wait until everyone is on the same page about respectful car behavior. 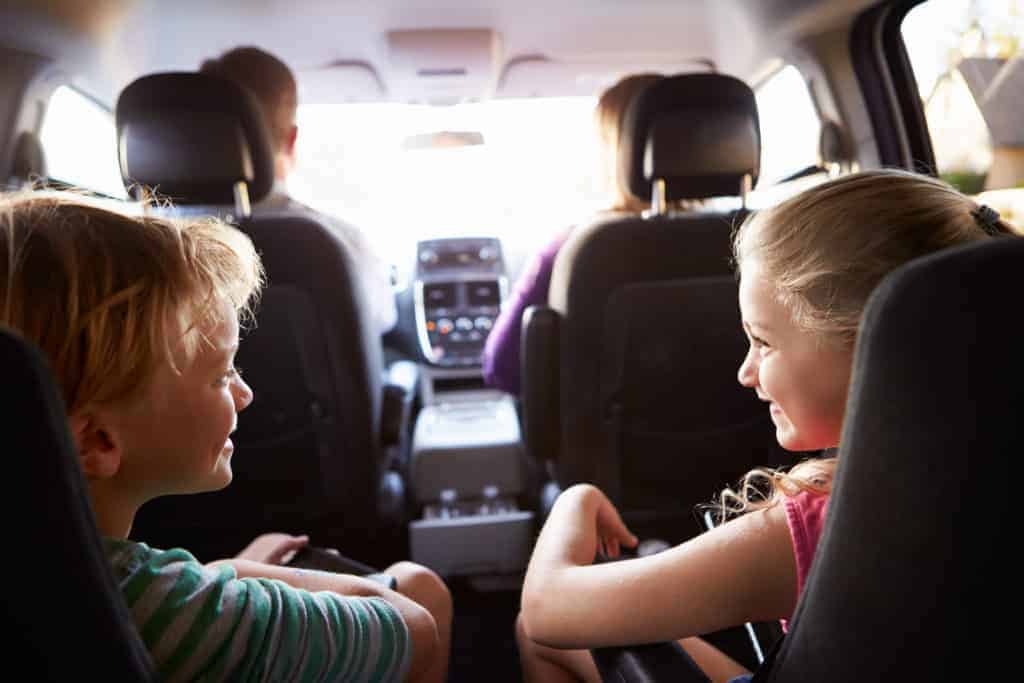 Give your children something to entertainment themselves with, especially if you’re driving for more than 10 or 15 minutes and would like them to be quiet. When they have the means to entertain themselves, they won’t act out of boredom or impatience with one another.

Here are 18 Waiting Games Kids Can Play in the Car (or Dr. Office) to pass the time peacefully.

It’s not uncommon for kids to act out in the car from hunger. A hangry child is not a happy child. Keep some easy and mess free snacks in your diaper bag or car to pull out. Pirate Booty, crackers, snack bars such as cliff bars, apple slices, oranges and bread sticks don’t leave huge messes in the car.

Keep little hands busy with fidget and sensory toys. I have a handful of fidget toys in a ziplock bag in my car to pull out when necessary.

You can buy small hand-held travel games kids can play on their own or together and are small enough to store easily under seats or in a car bin.

If you have an IPad, Tablet or DVR system in your car and it means the time will pass a little quieter, it’s OK to throw on a show or movie at this time. Look into IPad/Tablet holders that Velcro onto headrests or swivel between the driver and passenger seats so everyone has a view.

Grab your FREE copy of 8 Not-So-Great Parenting Habits to Break Today (& Simple Fixes for Big Changes) when you join 40,000+ Other Readers who Receive the Weekly Parenting Tip & Printables

Create a Schedule for Kids to…

When Do Toddlers Stop Napping…

What Time Should a 2 Year Old… 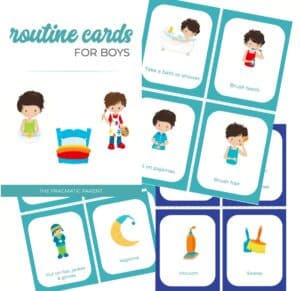 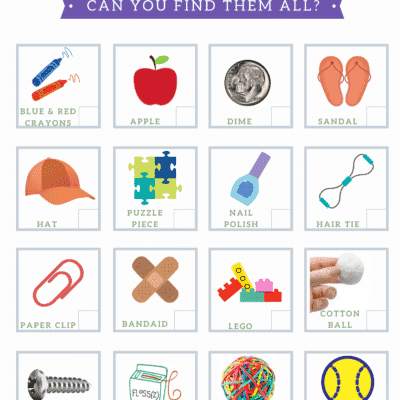 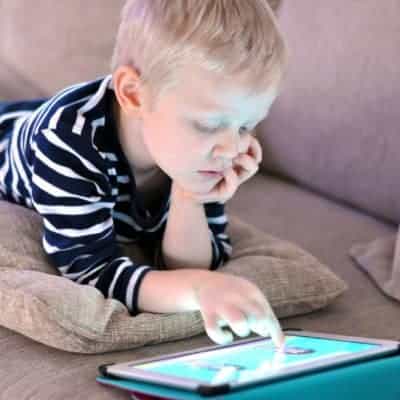 Grab your FREE copy of 8 Not-So-Great Parenting Habits to Break Today (& Simple Fixes to Big Changes) when you join Over 47,000 Other Parents & Readers who Receive the Weekly Practical Parenting Tip & Occasional Freebie