It’s easy to accumulate toys in your home, but the problem with the quantity and type of toys is how it can negatively affect your child’s creativity. Learn why you should have less toys if you want to help develop a child’s imagination and boost their creativity. 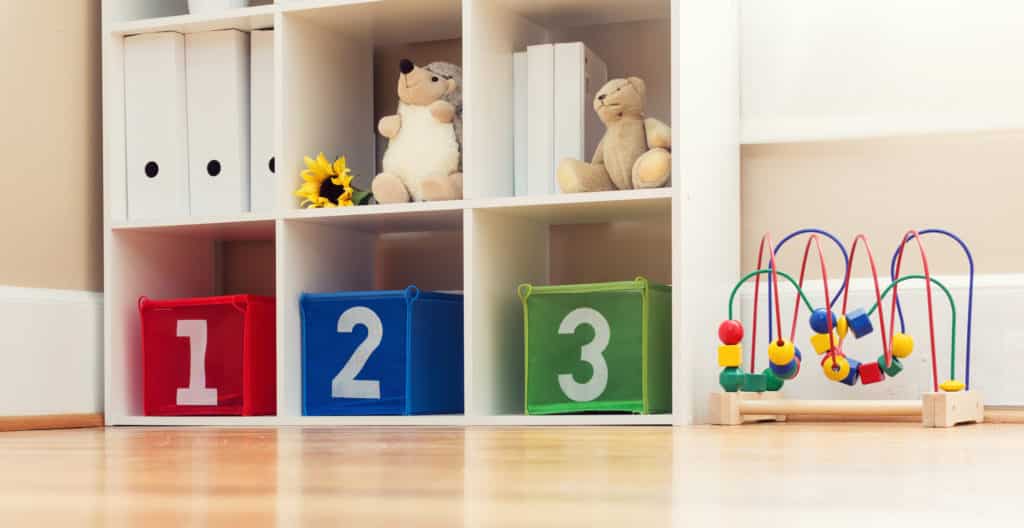 “I don’t have anything to play with. I’m bored!” My then three-year-old was stomping his feet,but when I looked over at him, all I saw were toys. Mountains of toys and expensive ones to be precise.

How could he say he was bored? He had so many toys to play with.

There was an entire playroom full of entertainment and right by his side was a firetruck blaring it’s alarms, an ambulance next to it had its lights flashing. Cardboard blocks were stacked in a tower and a couple puzzles were laying on the floor unfinished. A giant bouncy horse was taking space up in the corner and a play kitchen with the refrigerator dumped clean as evidence of all the play food and plates lying on the floor.

What was he talking about?!

I sat there not quite sure how to respond but it wasn’t long before the sounds, the flashing lights and toys strewn all over the room hit me smack in the face.

There was too much.

While trying to give my kids toys that would help improve fine motor skills and overall development, I had in avertedly shortened attention spans and overstimulated them to the point they didn’t know how to make decisions or have the creativity to springboard their imaginations.

This was the moment I decided to do a master toy cleanse and how to do it in your home for the benefit of your children too.

DEVELOP A CHILD’S IMAGINATION: THE PROBLEM WITH TOO MANY TOYS

There I stood one night with a trash bag in each hand staring at a room filled with cars, dolls and doll supplies, blocks, legos, art supplies, dress up clothes, balls of every kind, size and shape and 300 stuffed animals.

Whether it’s because we want to give our kids more than we had, don’t want them to feel like they’re missing out, or simply bought the items because it feels good to give to our children and watch them light up, too much of anything can be overwhelming.

How foolish I now felt.

Any parent can tell you they’ve watched their child play happily for long periods of time with an  empty plastic bottle, toilet paper rolls or cardboard box more than any item bought in the toy aisle of a big box store.

Somewhere between one-years-old when my twins climbed in and out of boxes and stacked them like towers, and turning three-years-old, I had destroyed the joy from simple playtime and replaced it with items I thought they needed… toys which were now crushing their imaginations and attention span.

Instead of playing independently, they were floundering around trying to find anything that would hold their attention for more than a few minutes.

Overstimulation can also lead to behavior which drive parents crazy. Sibling fighting, shortened attention spans, difficulty making choices because of too many options, whining, and other frustrating behavior can stem from overwhelm and overstimulation.

Here I was standing on the threshold of a playroom build with good intentions and feeling like an exterminator ready to wipe out two-thirds of all the toys in the playroom.

DECIDING WHAT TO GET RID OF AND WHAT TO KEEP

Often we hold onto things for sentimental reasons, and before we know it the playroom is overflowing with hundreds of pieces we believe to have special meaning.

I know I’ve held onto certain toys my older children had special attachments to, hoping my youngest would love them just as much even though she hasn’t shown any interest in them.

The number of toys your children have, aren’t necessary to helping develop a child’s imagination because creativity is grown organically. The fewer the toys, the more of a learning environment you are creating for your child.

A good frame of reference is to look at all the toys your children have and then cut it in half, and do it again.

Toys you can consider giving the boot? Here is a short checklist of toys that you can immediately put in your donate/give-away or throw away piles:

As you move through all the toys in your house, create a drop area for toys to donate, keep and a maybe pile. I also highly recommend doing this when the kids are out of the house or asleep so they can’t put up a fight for all the toys you have in the trash pile which they’ll claim are suddenly “their favorite.”

Toys, books, big pieces, baby equipment and outside toys all have to be scrutinized in the master purge you’re about to embark on.

If you have board books from when your baby was one or two but haven’t been read in several years, donate them if they’re in good shape or give to a friend who can use them. If the edges have been chewed on or are covered in scribbles, toss them depending on how you rate the condition.

Go through all your toys and throw out anything broken or plastic junk from places like McDonalds and other kid’s meals you’ve accumulated along the way.

KEEPSAKES TO HOLD ONTO

When you go through toys and pieces, think about what your child plays with often, engaged with and your child would be upset if it suddenly went missing. Keep in mind your child’s age versus the development age of the toy. For example, if the toy is geared towards a two-year old but your son is six, this may be a good candidate for the donate pile.

Items which were well loved, cherished, even photographed with, and are in reasonably good condition could be stored in a special box you save for keepsakes. The toys which stand out in your memories are truly the most special and re often, the simplest.

ONE PLACE FOR ALL YOUR TOYS – LET’S ORGANIZE

Organize toys in one central area of your home. This makes it easy for your children to find and then put away the items when they’re done playing with them. When they’re scattered in the bedroom, living room, play area and master bedroom, there is no way you’ll ever be able to keep them all organized.

Next, categorize the items by like items. Aim for one container for each category. For example: 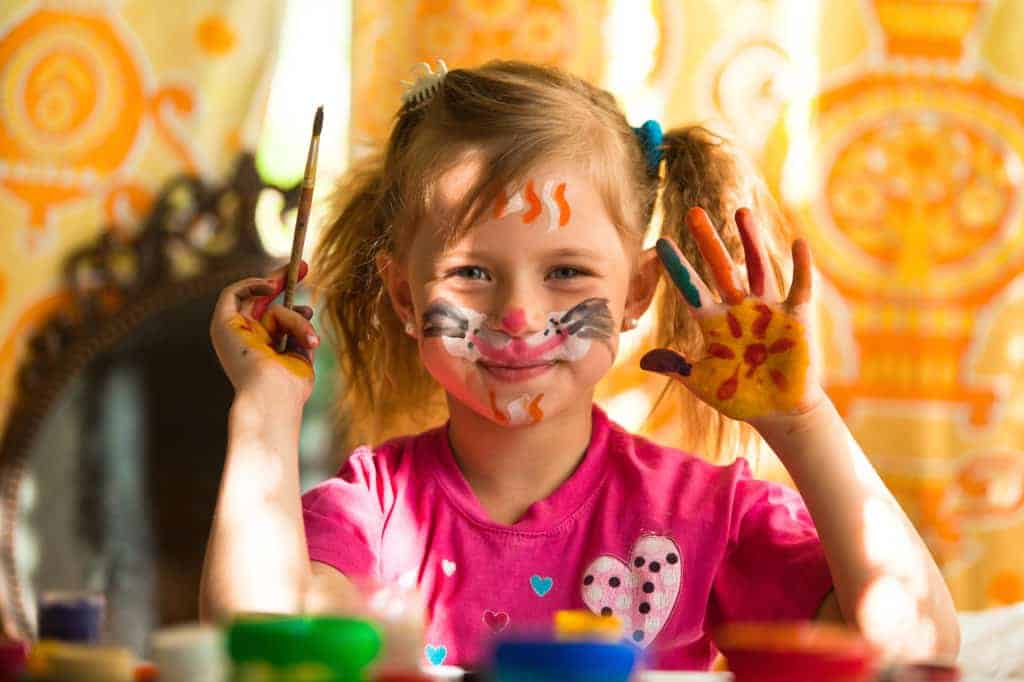 BENEFITS OF LESS FOR KIDS & PARENTS

It can feel hard to get rid of so many toys but remember, children do more with less.

Imagination is something which naturally develops when they are left to their own devices and a room filled floor to ceiling with toys us isn’t optimal to helping kids learn to play independently, increase attention span and foster creativity.

If you want to help develop a child’s imagination – get rid of the toys.

I’m also finding that the less toys there are in the house, the less mess and easier it is to keep clean. My children actually play with what they have, and they appreciate their toys more. 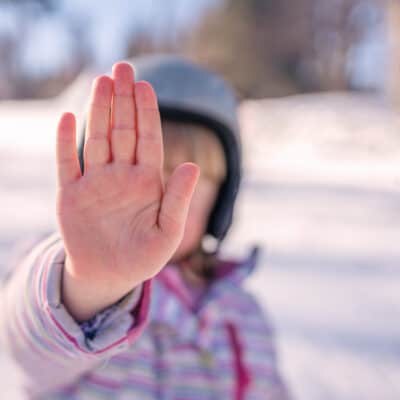 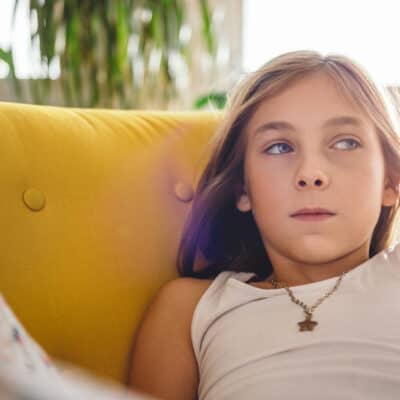 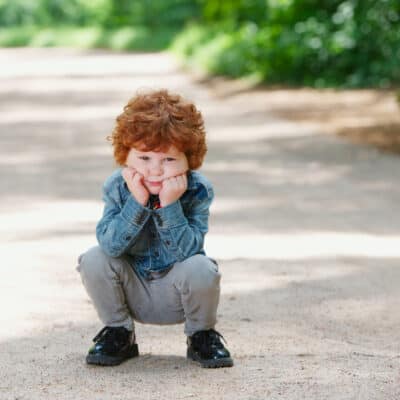