Do you know the magic number of times you should say Yes for each time you say No according to child psychology and research? If your kids aren’t listening or are giving you a hard time with tough behavior, learn about why you should say yes to your kids more often and then sit back and enjoy all the magic that follows… 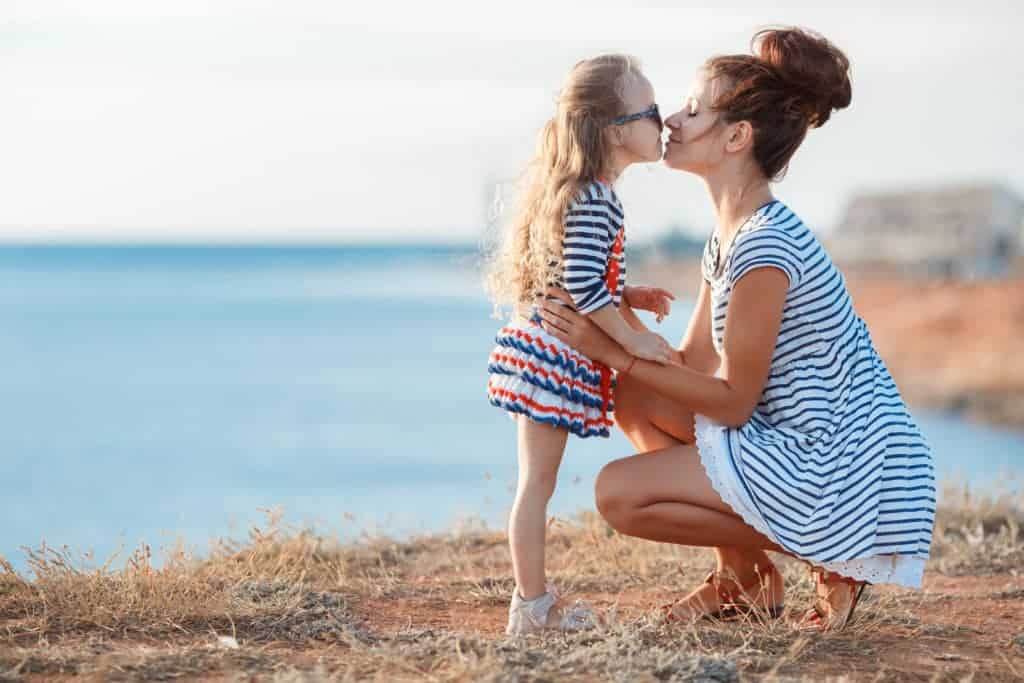 It’s easy to get caught in the cycle of saying ‘No’ and all the iterations of it. Sometimes saying ‘No’ is a way to assert parenting control or to demand instead of request.

It might also be a quick way to halt what could be unsafe or dangerous behavior such as when my son cheers on his two-year-old sister to dangle off the top bunk and I have to  hightail into the room to catch her.

The problem with saying ‘no’ often is that it loses its effectiveness and you end up sounding like a scratched record stuck playing the same broken note over – and over –  and over again.

Kids learn to cherry pick when to listen and when to tune you out.

Saying no is an easy habit to build but even hard to break, especially with all the negative responses that float around in a day parenting kids. Lingo like this all means the same thing – NO.

At the end of the day when I finally flop down on the couch, all the times I said No weigh heavy on my mind. It’s not just the act of saying no, it’s the environment I’m creating in my home and my connections with my children I worry are in jeopardy.

Parenting is a tug-of-war to find a gentle balance but saying ‘No’ too often feels like being on the losing side, all the time.

If you are curious or want to skip ahead, here are the bullet-points to the Magic 5:1 Formula

☑️ Say Yes 5 Times for Every Once You Say No to Shift the Balance
☑️ Use Routine Cards for Predictability & Knowing What Comes Next (& Better Listening)
☑️ If You’re an Overwhelmed Mom, This is an Awesome Resource to Help You Reprioritize Your Life & Family

WHY DON’T MY KIDS LISTEN?

When 5 o’clock comes around and I’m making dinner, almost every evening like clockwork, my three kids start playing too rough in the playroom.

Picture a little league WWF match with two six-year-olds and a two-year-old who is confident enough in her she-hulk abilities to dive right into the mix.

I call out from around the corner, “stop playing so rough” or “no launching off the couch” which basically doesn’t do a darn thing.

After a few thumps from someone somersaulting off the couch, inevitable it’ll be followed by wailing as the littlest gets hurt and I pop from around the corner like a Jack-in-the-Box and snap “Stop It! or “I said not to play rough!” in a voice much too loud and much too harsh.

For a while I couldn’t figure out how to get my kids to listen to me – whether it was a request or to turn behavior around.

The answer became crystal clear when my sister schooled me on my parenting technique.

My sister, who is conveniently a Child Psychologist, pointed out the obvious fact when she asked me,  “Well, how often do you say Yes compared to the amount of times you say No?”

My mouth probably opened and shut a couple times but I sat silent before I could sheepishly respond. She was smirking back at me when she told about out the magic parenting number to get your kids listening, have consistently better behavior and most importantly, to stay connected with them.

The magic happens when you use the 5:1 ratio of parenting: Five Yeses to every One No

This was the secret sauce to what my home was missing.

It was clear something in our house needed to change and that change had to come from me. 99% of the time if you want your children’s behavior to change, this has to start with the parents and the overall home environment.

It took some patience and learning how to pause before I respond with a resounding ‘No,’ but a miraculous change began to happen in our house when I said ‘Yes‘ more.

The tantrums and outbursts began subsiding. The back talk and eye rolls were cut in half. My children didn’t choose to ignore my requests from the kitchen about rough housing while I made dinner any longer. They stopped rough housing and they started listening.

For every ‘No’ I said or request I asked, those were received with more understanding because our home had reached a greater balance of positivity and respect for one another.

Now when I say ‘No’ or ‘Stop,’ I do it because I’m concerned for their safety or need their immediate attention, not because sometimes it’s easier to say ‘No’ than find another solution. 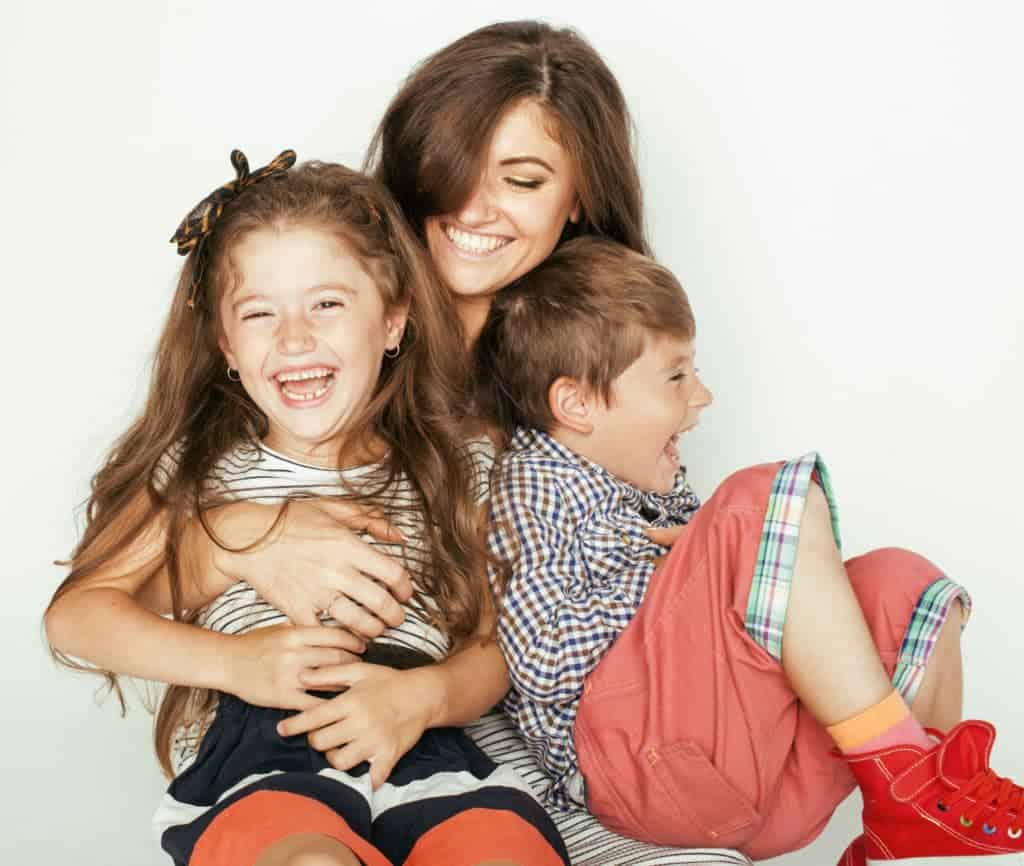 TURNING A ‘NO’ INTO A ‘YES’ OPPORTUNITY: REAL-LIFE EXAMPLES

Saying yes doesn’t mean granting big, extravagant, expensive requests. When you’re at Target and they ask for a toy off the shelf, I’m not talking about saying ‘Yes‘ to this sort of stuff.

Simple everyday ways of changing your own mindset and shifting the situation to a middle ground will make everyone happier and here are a few examples of how to reword your response.

When your kids understand that you’re telling them ‘No’ is for an important reason, they’ll perk up and listen. Instead of cherry picking what they think is important to listen and when it’s OK to tune you out, they learn when you say ‘No,’ it’s important to follow directions.

The magic happens when you use the 5:1 ratio of parenting: Five Yeses to every One No 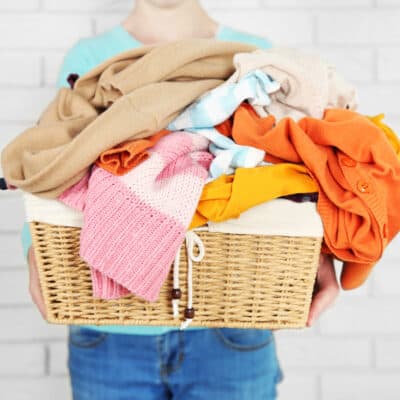 Makeover Your Mornings: A Simple Routine to Get More Done In Less Time 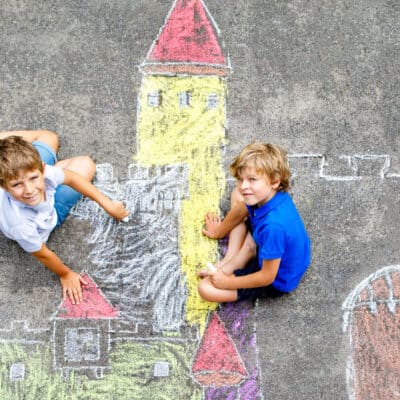 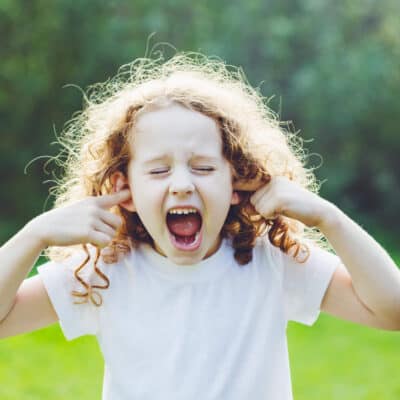